A compilation of some of the experimental projects I have worked on. The projects involve projects based on new age evolving technologies (i.e) voice, Augmented Reality, Interactive Large Displays. The process and the other details of the projects are not discussed in detail, feel free to contact me to discuss about them.

Augmented reality is still a quite abstract and exotic technology, often perceived as the science-fiction out of Hollywood movies. Real environment modified by computer-generated objects is present in many areas, from aviation to gaming, we’re just not aware of it as users and how the technology can be used in our day to day life. How can we make Augmented Reality a more useful and productive among the users was the core problem.

A low cost Augment Reality glass which uses voice as an interaction medium and connects with the phone to receive and display data. The device is platform independent which uses the native voice assistant to access the device data and display data. The third party applications can use the platform guidelines defined to build an extension to solve any problem in their application using this device.

Some important articfacts delivered throughout the process. 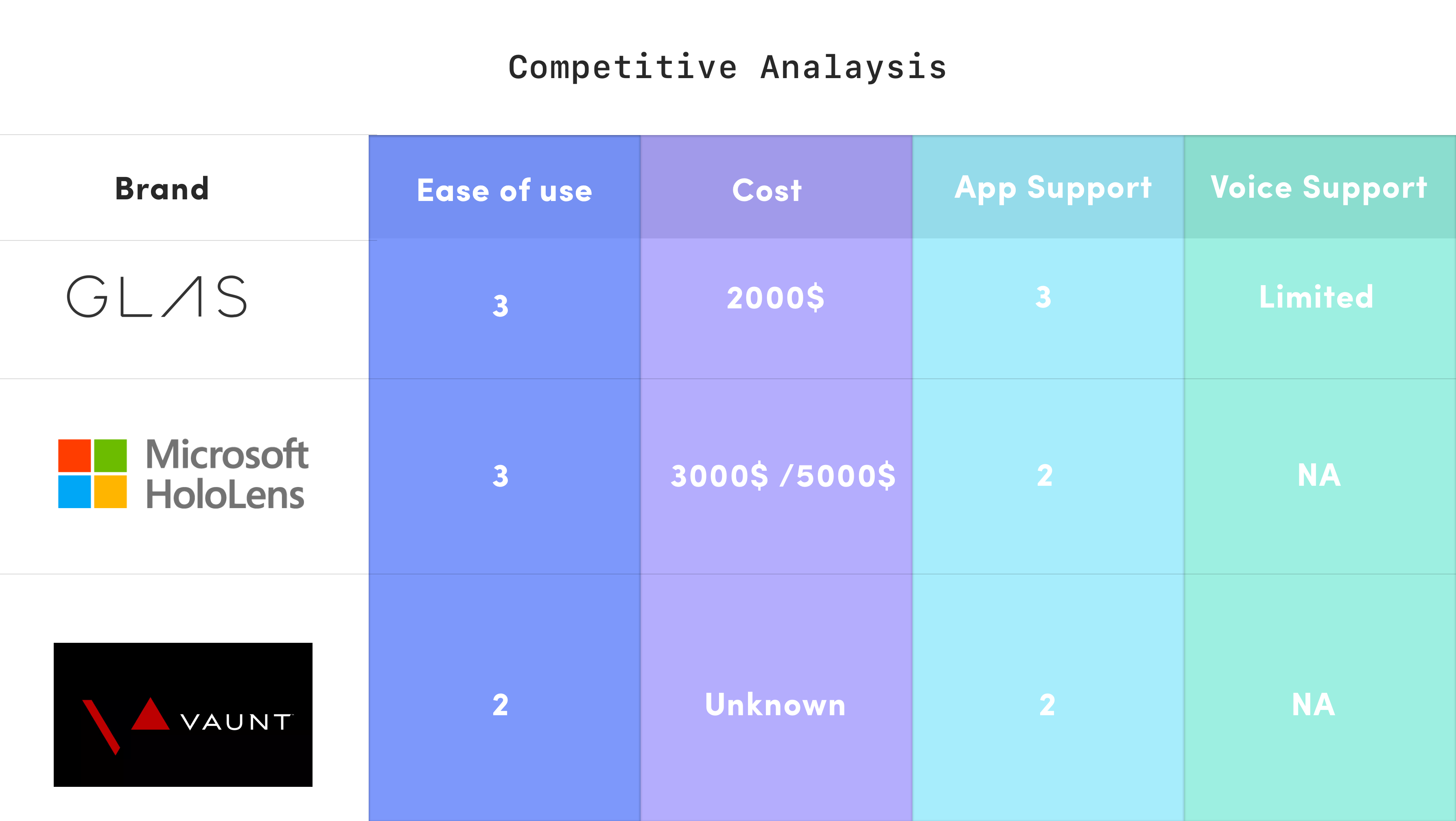 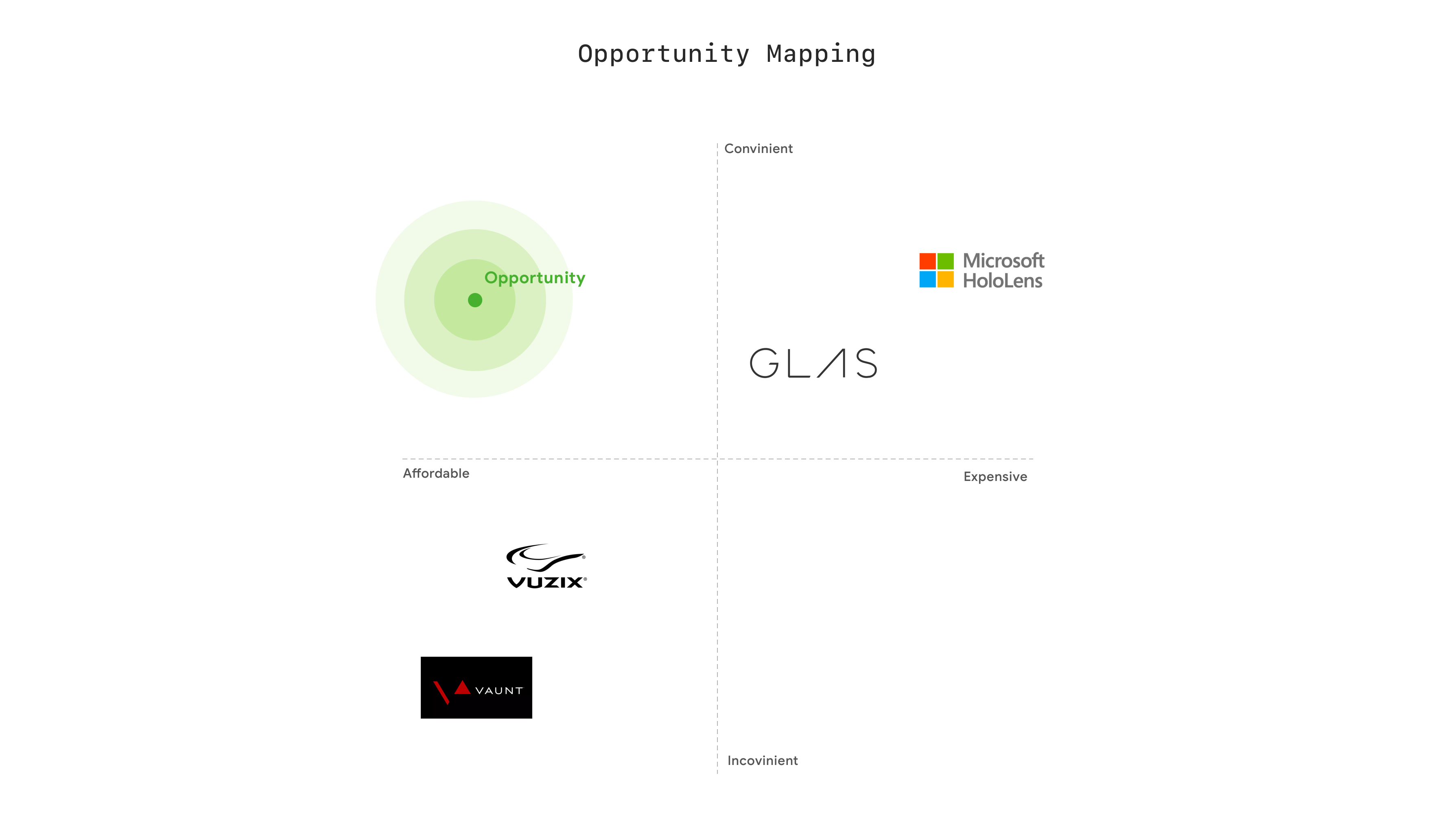 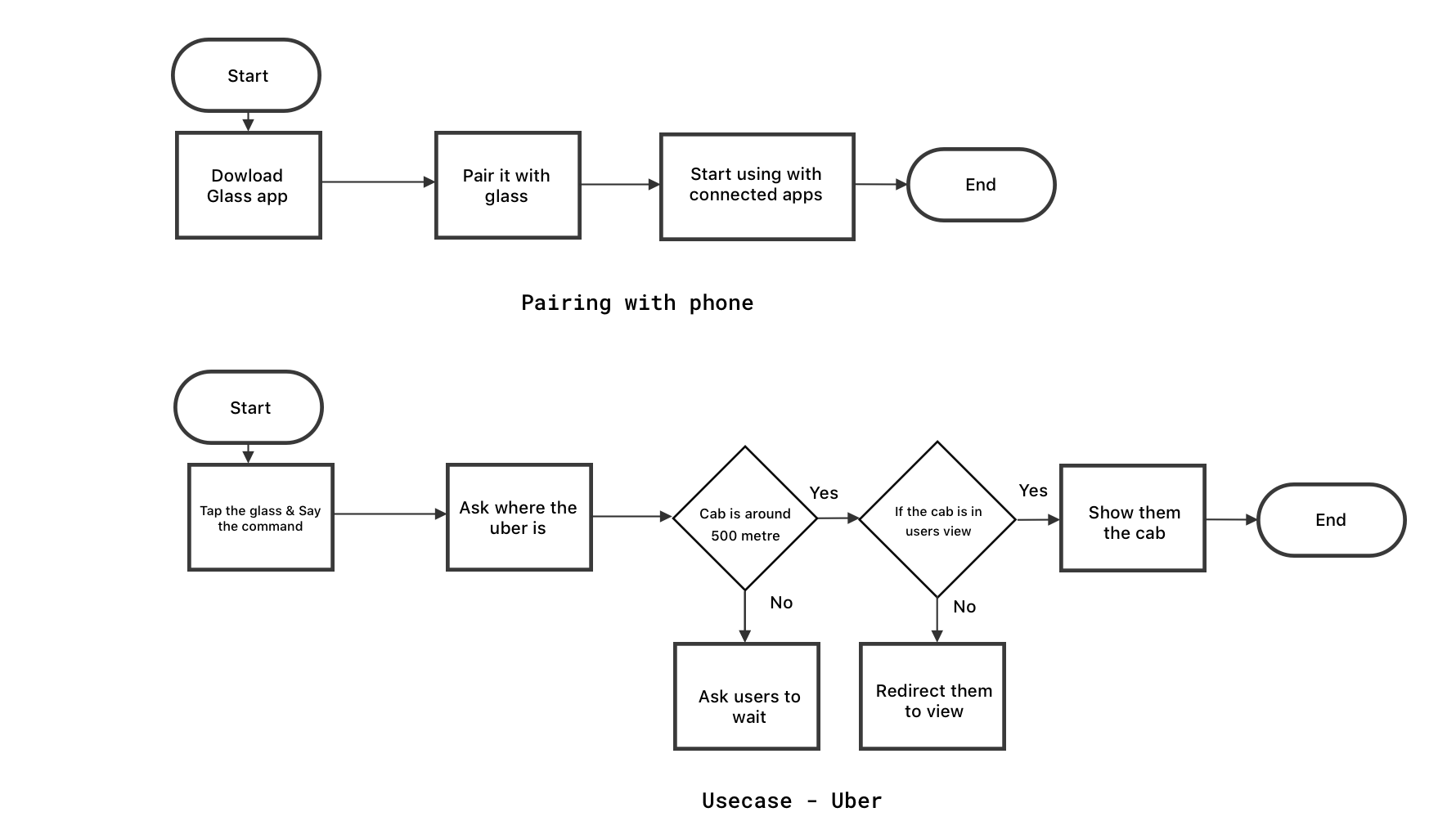 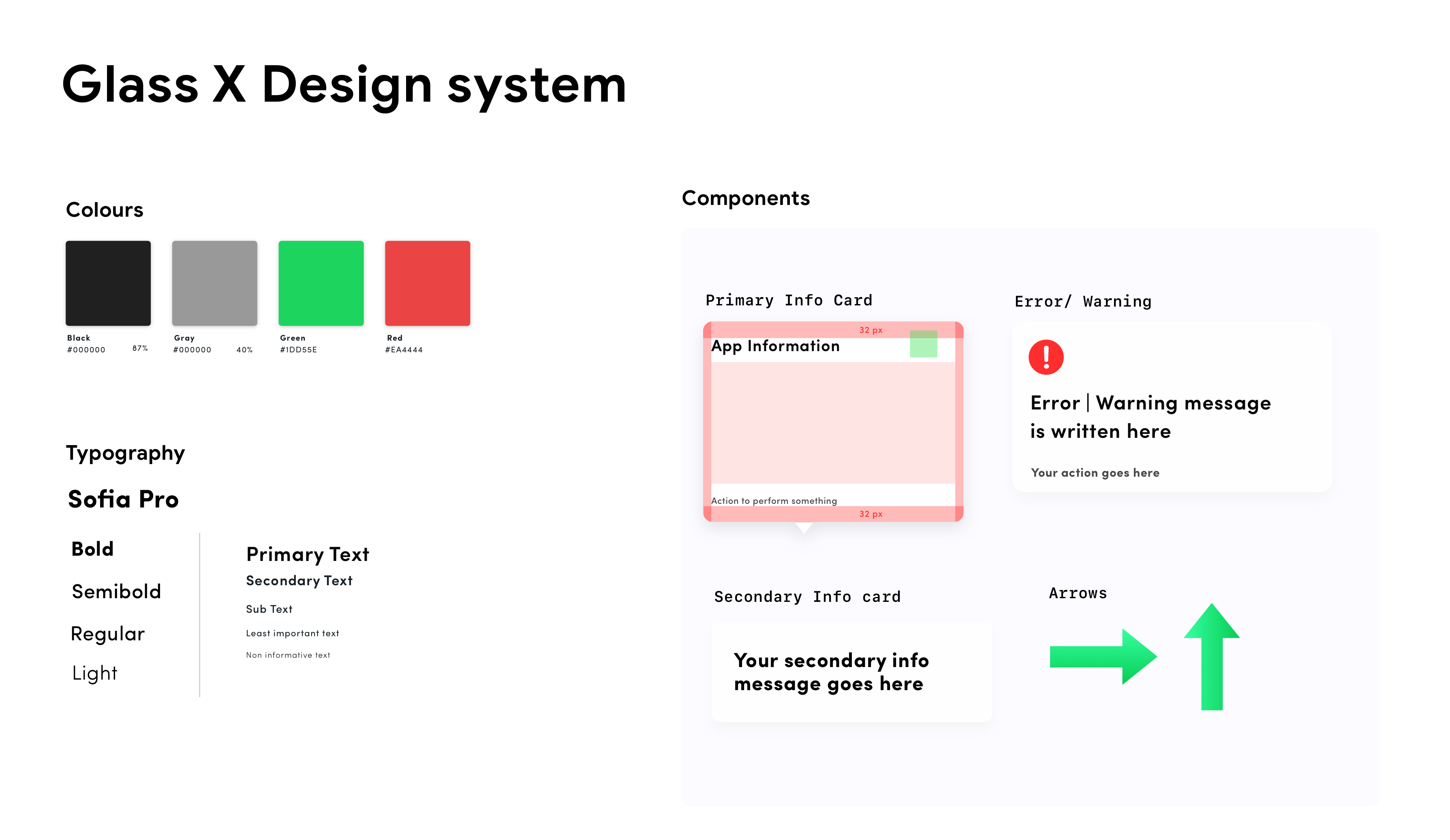 A concept video that demonstrates the working of the product in various scenarios.

How does this work?

To design a productive application for students using a large 100" touch screen display (i.e) a Prysm TV of 3840 px x 2160 px resolution placed inside the library.

On research, we identified a set of problems that students face and we ideated on a concept of comparing books of similar topics where they could read a preview of the book without the need to go to different sections of the library in search of a book. Also, when a student finds the book they wanted, the availability can be checked and reserved using the applications

An experimental prototype was created to test the idea in real-time. A Principle prototype mimicking the exact gestures and the interactions on how it would look in the application.